People across the country are being sued for sharing their pornography with their peers online.  Hard Drive Production, a porn studio, is one such company that is going after people they feel is downloading their content illegally and sharing it with others.  However, Ms. Liuxia Wong, a California resident, is fighting back.  She received a notice from Hard Drive Production alleging that she used her IP address to share the file “Amateur Allure Jen” on BitTorrent on March 28, 2011.  The letter stated that they were going to take her to court for $150,000 for copyright infringement, or she can settle with them for $3,400.  They also claim that Ms. Wong would still be indicted even if her router was unsecure and someone else uploaded the file on BitTorrent.  Ms. Wong has now hired an attorney and is looking to take the matter to court.

Constitution defines the purpose of copyright, which is “To promote the Progress of Science and useful Arts, by securing for limited Times to Authors and Inventors the exclusive Right to their respective Writings and Discoveries.”   They also noted that an “Early Circuit law in California found that obscene works did not promote the progress of science and the useful arts, and therefore Hard Drive Production’s pornography movies cannot be protected by copyright laws.  She also addressed the fact that she can be held liable even if her router was unsecured and it was uploaded by someone else.  She is asking the courts not hold her liable for copyright infringement and to rule that Hard Drive Production’s content is not Copyrightable. 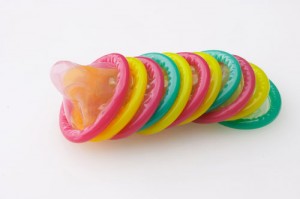