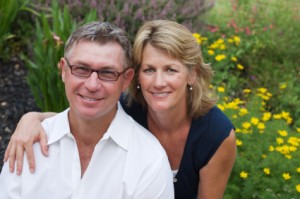 At some point in a relationship, the feeling of intimacy is questioned.  The question that tends to be on one’s mind “Is he/she satisfying me sexually?”  When couples don’t communicate about these issues, it tends to cause a problem in the relationship.  For some couples sexual intimacy is important in maintaining a healthy relationship, while others tend to get intimately irritated with it.   The swinging lifestyle is a type of secret society where one can explore their exotic sexual fantasies.  Couples are able then able to explore and live out these fantasies together.

My partner Tom and I are having trouble in our relationship.  We both had been unfaithful and have ventured out of the relationship to find excitement.  I began doing some research online to see if there was anyway we could fix things before they got any worse.  I was scrolling through a couples articles and came across a forum that spoke about swingers and their experiences.  I became quite interested and came upon a local swingers club’s website.  The website highlighted their events, rules, membership and contact information, so I decided to reach out.  I wasn’t sure what I was looking for or even thinking at the time, but all the same I decided to give it a shot.  I knew that I was looking for something new, an adventure, something my honey and I could experience together.  I was in love with him and wanted to make things better, but we were both missing something in this relationship so I decided to investigate the lifestyle.

I made a phone call and was greeted warmly by the manager that went by the name of Sam.  I introduced myself and explained to him that I was interested in exploring the swinging lifestyle and wondered if he had some time to talk.  After a brief conversation, he told me to stop by the club so we could chat some more and he would show me around and answer any questions I had.  I set up a date to visit him at the club. 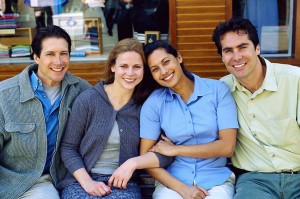 I nervously approached the building that looked like a regular night club from outside.  When I entered, I was greeted by the warm voice that answered the phone.  “Hi, I’m Sam, welcome.” He said and shook my hand.  “Nice to meet you Sam, I’m Julie,” O replied with a slight grin on my face.  He invited me to have a seat with him so we could discuss what I wanted to know about the lifestyle.  My mind was racing and my eyes were looking all around.  I was still unsure if I had just stepped foot into some type of cult-like experience that I couldn’t walk away from. We spoke about my desires and the issues my partner and I were facing.   He went on to tell me how he got into swinging and how he started the swingers club.  The idea for the club came from nothing more than two friends joking around. He was always a good business man and one night they visited a swingers club.  His friend jokingly said you should start your own sex club and that was something that stuck with him.  After much though and planning, he opened the doors to the club in 2004 and used the internet to get the word out.

He went on to say that the first party was very successful and more than he had hoped for.  He said lots of people tuned up and most of them were out of towners.  We were the only swing club in the area and the nearest one was more than 200 miles away.  “People were genuinely excited to meet and mingle”, he explains. He also pointed out the fact that not every member is in a relationship. There were many married couples, lesbian couples, single men and women at the club that night. 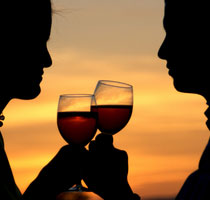 He began to ask me a series of questions to determine what I was into and the type of Swinger I would be. He told me that the definition of a swinger is a sexually driven individual who enjoys the act of sex more than the idea of it and lives out their fantasies of multiple partners without cheating.  He went on to say that there were three types of swingers.  There are the hardcore swingers that are open about their involvement in the lifestyle. Then there are the double-life swingers who keep the lifestyle and friends in the lifestyle separate and private. Lastly there were the single swingers.  They include single men; women, gay men that participate in erotic play without a spouse, but they are mostly single women.  He also shared that hardcore and double-Life swingers are in love with their partners and playing in the lifestyle is just an extension to their thriving sexual relationship.  He also added that most of the swingers that attend these parties are parents and professionals within the community.

Before I left, he suggested that I check out a swingers dating website to get a feel for the lifestyle.  I went home and created an account for my partner just to see if we could meet up with a compatible couple.    After trolling the site and with no improvement to my relationship, I had decided to put the lifestyle on the back burner for a while.  To be honest, my relationship was still filled with insecurities and jealousy and swinging from what I was reading would not make it better.  While the idea of having an open relationship is appealing, I don’t think my current relationship is ready for the complexities of the Lifestyle. 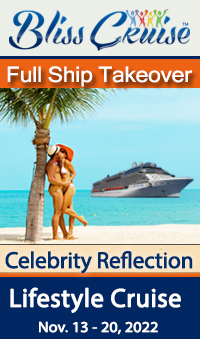