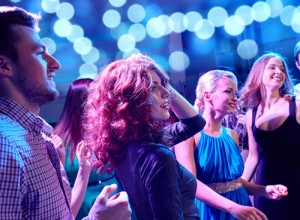 In the midst of all the excitement in the swinging world, private hotel swinger parties rarely get mentioned. But contrary to popular belief, these parties are very popular with hard core swingers. It is worth mentioning that a huge majority of these groups prefer posting their event announcements online but in private forums or groups. Due to this, most of the time the moderator or owner of the group will have to approve your membership before you gain access to the group and its meetings. There are groups which will even demand to know you personally before allowing you to join them.

Just like any other swing party, before you decide to attend a hotel party you must ensure that your relationship with your partner is well grounded, secure and rock solid. If you are new to the experience and doubts and fears start to creep in, just take a deep breath and relax. Keep in mind that all swingers were once in your position. Naturally, most swingers are extremely friendly to newcomers and they will happily go out of their way to ensure that you are comfortable and relaxed. They can answer any of your questions, introduce you to their friends and offering you any vital information you may need.

It should be noted from the onset that unlike a public club where there is no feeling of obligation, hotel parties are a different ballgame. This is because most of the attendees in such parties are usually there to have sex that night, either with someone else or with each other. For this reason, this is not an ideal place for voyeurs because if you are not there to play you may start feeling as if you are in the way of others. In such parties, many of the couples who attend such parties usually have the wife as the main center of attraction, most of them like playing and they find hotel parties as the place where it all happens. 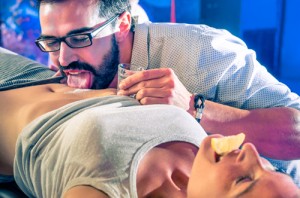 Interestingly, many couples who have adopted the swinging lifestyle don’t like fraternizing with single guys. Many swingers believe that the single guys who come to such parties are either in a relationship or are married and are therefore cheating on their partners. Most couples also feel that single guys only have themselves to offer, this is especially so with boyfriends or husbands who consider their partners as possessions. It is worth noting though that they usually don’t have any problems with single ladies. With hotel parties, a lot of single guys and a lower number of single guys are usually invited. Even though each party may have its own reasons for having such an arrangement, the driving force is usually financial gain or the need for lots of action if not both.

Even though you can attend a small hotel swinger party with 8 or 9 couples, some ladies and single guys and greatly increase your chances of having sex by as much as ninety percent (90%); it is possible to attend a large club party with 600 couples and fail to connect with anyone. Seasoned swingers usually prefer private house parties or small hotel parties because of the orgasm factor. Swingers like achieving orgasms from a variety of sources and private parties tend to offer the intimacy required to get an orgasm for most of them. Those who also tend to fantasize about orgies and gang bangs also have a higher chance of succeeding in a smaller set up than in a bigger club.

The beauty of hotel swinger parties though is the laid back swinging experience and relaxed atmosphere which it offers participants. You won’t have to dress skimpily, get overly worried about your shape or age factor, everyone is more relaxed. Because a non-club setting is more intimate, the comfort levels are heightened and it is much easier to strike a conversation with one another. In hotel parties, it is not uncommon to find swingers split from their partners so as to play in a different room. People also tend to know one another in such settings.

Most hotel swinger parties are usually geared towards swingers who are keen on having lots of sex. So if you are just starting out in the lifestyle then it is advisable to start out with something different first because such a party may overwhelm you if you are doing it for the first time.

Looking for a party near you? Try here: Swinger Party Lists 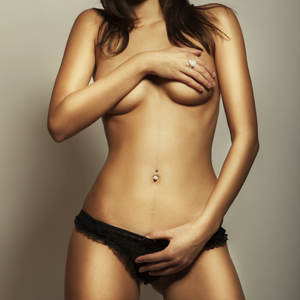 Swinging is a collaboration between couples for sex. It is additionally termed as way of life for open minded people in the swinger’s community. This way of life has attracted couples and even some single dating ladies and men who seek sexual contact with others. The passage to swinger sex gatherings is not as simple as a novice may think. Despite the fact that wife swapping does happens in private houses, it regularly happens in a swinger dating club and at swingers party.

Discovering the right swinger dating club is exceptionally troublesome as they are extremely closeted and private. Some support just elites. If you decide to visit a swinger club or party, there are a few things you should keep in mind.

After any swinging session, call the couples you engaged with the following day and express gratitude toward them. This will leave a decent impression in their personalities, which could help you get welcomed back and/or alluded to companions.