Tips for Choosing a Safe Word

Those in the lifestyle who love getting extra kinky will want to have a safe word that is memorable for both partners. Make sure to have a conversation on what the safe word would be before the start of any scene. Try to use a word or phrase that is meaningful and easy to speak and that can be easily understood over groans, smacks, zaps or whatever sounds occur during play time.

Many choose words that don’t naturally come up in kink or sex scenarios, and food items are popular. Pineapples, bananas, apples and such are good choices. Some couples choose celebrity’s names as safe words, as they are unlikely to come up during sex for any other reason.

Non-verbal safe words are essentially safe signals that serve as alternatives to safe words that most be voiced. They serve the same purpose, but they are a communication tool that is put in place for those into certain kinks like face sitting and or being gagged. Non-verbal cues are also useful for those who might have a hard time expressing their wants and needs during kink.

Common safe-signals include double-tapping their partners leg or head or shaking their head, and some may drop a held object like a small ball. If there are plans to include restrictive bondage, it’s a good idea to choose a non-verbal safe word that doesn’t involve those body parts.

Unless you and your partner are no-holds barred kinksters, having some type of safe word or safety signal in place is the best way to prevent issues and injury for all involved. While you may never feel the need to use it, having one in place can ease fears when playing a bit rough in the bedroom. 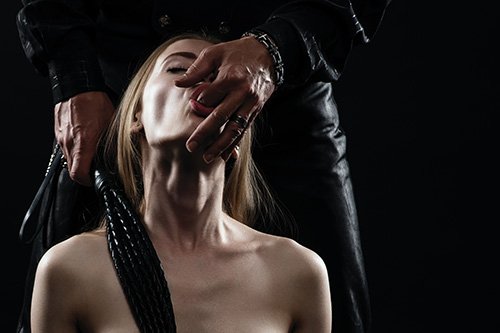 Free #SexStories on #SLS: When My Wife Discovered She Was Bi
https://bit.ly/3TDtJxI

The Benefits of Partner Swapping with Older Couples
https://bit.ly/2uFtYTt